It was a big surprise to know that many people don’t know that Lagos state coat of arm is the official representation and seal of government of Lagos state. It is unofficially called Lagos state logo. It was designed after the creation of Lagos State. Lagos state is the smallest sate in Nigeria with respect to land Area with a total area of about 3577km square. 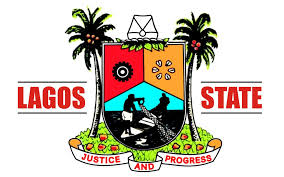 Lagos State Coat of Arm: Images and Its Meaning.

Below is the meaning of Lagos State Coat of Arm (logo)

White cap”keremesi” denotes a symbol of authority common to most areas in Lagos State.

Akoko leaves are universally used at the installation of Obas and Chiefs in Lagos State and all over Yoruba land to signify longevity.

Cowries signify the earliest medium of exchange in Lagos State. And the background indicates the colour of foreshore sands common to all the divisions of Lagos State.

Justice: Signifies necessity in the State to give everyman his due without fear or favour, affection or ill-will.

Progress: Signifies the hopes and inspirations of the people of Lagos State for the Future.

The three lines dividing the shields are shown to demonstrate the present, past and future.